What does the evaluation of the house I want to sell or buy with … the Gauss curve have to do with it? Agree, the Gaussian curve (Gaussian) is certainly a particularly advanced mathematical concept … but still with significant implications with the real world and, specifically, in the real estate appraisal. For those who wish to have fun analyzing the real estate sale from a mathematical point of view, they can choose to deepen the theories of the German Karl Friedrich Gauss. In fact, he demonstrated that under suitable hypotheses, the distribution of certain phenomena tends to resemble the normal distribution, in fact the Gauss distribution is often called normal. The adjective is significant because it indicates that many phenomena can be described by a Gaussian or Gauss-like curve. If it is true that Gaussian applies to an infinite population of measurements and to completely random events, it is also true that bell curves can easily describe many phenomena; for these phenomena also the concepts of mean and standard deviation continue to be valid, even if often only the former can be defined with considerable precision.

2. Economic criterion. Concerns the identification of the destination that configures the highest and best use (HBU), i.e. the maximum and best use of the property.

3. Legal criterion. It is based on legal rules and concerns particular conventional estimates defined by the legislator according to particular rules and criteria. These are estimates required by the public administration. In analytical chemistry it is the probability curve that has the maximum at the true value, and then progressively decreases on the right and left sides of the true value (Cartesian graph). In general, the Gaussian curve is the distribution curve of the values of many measurements, if the number of these measurements tends to infinity, and is bell-shaped, as we move away from the true value, i.e. the maximum peak of the bell , the values tend to zero. 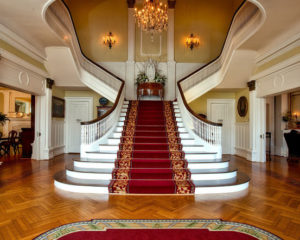 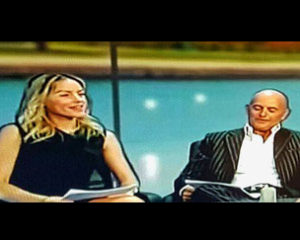 AAAC (Real Estate Agency in Rome) shows on TV interesting and prestigious properties. Our business presentation is carried out with the aid

If you are having any questions, please feel free to ask.

Drop Us a Line

This website uses cookies to improve your experience while you navigate through the website. Out of these cookies, the cookies that are categorized as necessary are stored on your browser as they are essential for the working of basic functionalities of the website. We also use third-party cookies that help us analyze and understand how you use this website. These cookies will be stored in your browser only with your consent. You also have the option to opt-out of these cookies. But opting out of some of these cookies may have an effect on your browsing experience.
Necessary Always Enabled
Necessary cookies are absolutely essential for the website to function properly. This category only includes cookies that ensures basic functionalities and security features of the website. These cookies do not store any personal information.
Non-necessary
Any cookies that may not be particularly necessary for the website to function and is used specifically to collect user personal data via analytics, ads, other embedded contents are termed as non-necessary cookies. It is mandatory to procure user consent prior to running these cookies on your website.
SAVE & ACCEPT